We gave ourselves different tasks to conduct a round research that covers as many aspects of this issue as possible, in order to understand the roots of the conflicts, as well as the racism and the nationalism that have risen. I’ve been trying to figure out why do we “fear islam”, and so on.. I charged myself of analysing the internal situation of those countries whose emigration has reached the highest level. In particular, also according the current Italian conversation around immigration, Libya has risen many questions on the agreements between European and Middle-Eastern countries.

Early 60’s Libya opened his doors to oil companies and let concessions for more than 14 million acres. Few years later, Libya opened 104miles-long pipelines that allow the country to export oil.
Early 70’s Colonel Gaddaffi deposes the king and began his role of pan-arab socialism pursuit.
Tripoli is key for the foreign affairs: British and US government have their huge airport station and easily control the Libyan territory.
→ Gaddaffi is all over the place: “people revolution” , new education etc etc.
After every confrontation from Libya, US and UK bombard the Libyan territory as well as the Italian one (TRIPOLI)

80’s Libyan starts sporadic attacks over the British and American territories. However, it seems they only started after UN members crashed bombes over Benghazi and Tripoli.
→ WHO STARTED?
Lockerbie attack, Scotland.

2003, Libya is elected president of the UN Human Rights Commission. The same year, they claimed to stop developing new weapons of mass destruction.

2009/10, Libyan foreign affairs enter a new phase with Italy and US, while internally Gaddaffi is developing the United States of Africa, embracing the Caribbean countries

2010, Libya gets almost 2 BN worth weapons from Russia! 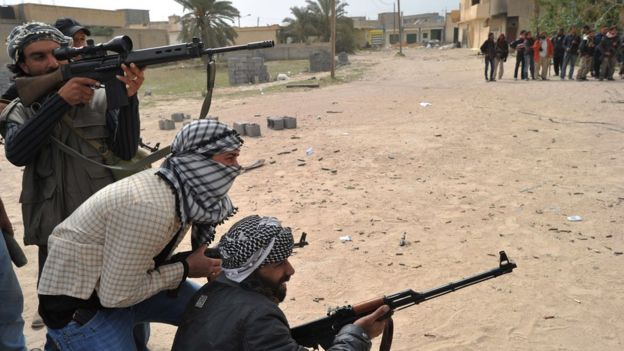 2011, Anti-Gaddaffi uprising and new revolts inspired by Tunisia and Egypt

2011, An agreement with the UN to slow illegal immigration from Libya

What to do? To begin with, mainstream parties and the media need to acknowledge that demographic change increases anxiety over immigration among whites whose values are oriented toward security and order. Having isolated the real issue, they must then focus their efforts on raising people’s awareness about the realities – not the fantasies – of Muslim demography in their countries. This will be much more effective than decrying worries as racist – which will only amplify fears that people are not being told the truth

What is the Alt-Right movement?

The alt-right is often described as a movement or an ideology. It is better understood as a political bloc that seeks to unify the activities of several different extremist movements or ideologies. While it is international in reach, its center of gravity is in the United States. Because the alt-right is a bloc, it has to be understood by mapping its components and analyzing how they overlap and how they differ. (Not everyone who associates with the bloc online self-identifies as alt-right.)

The alt-right is overwhelmingly white nationalist. The most influential account included in the data set of alt-right Twitter followers was that of Richard Spencer, the avowed white nationalist who coined the term alt-right. Some recurring topics: